Does This Future Frighten You Or Excite You? 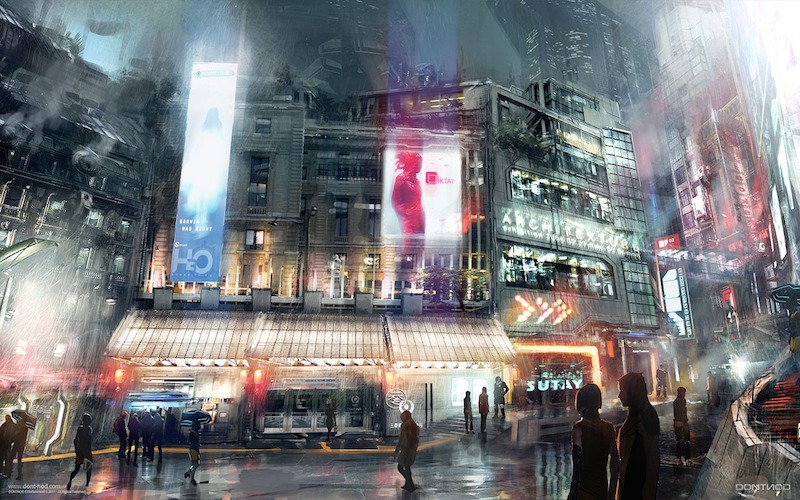 The future is a difficult place to spend time in. It requires us to use our imagination to go there and blend what we know with what we’re imagining. Sometimes we’re left with a difficult world to process. For some that’s frightening, and for others, it’s the most exciting prospect imaginable.

If you’re reading this and you’re under the age of 65, then there’s a reasonably good chance you’ll see much of the future that Ray Kurzweil suggests is coming our way. I discovered Mr Kurzweil reading a post from Live Learn Evolve. Ray Kurzweil has a fairly impressive track record when it comes to suggesting what’s waiting for us just around the corner. Aside from Bill Gates’ endorsement of the man, “He is the best person I know at predicting the future of artificial intelligence“, he’s got a list of achievements I’d give my right arm for (I’m left handed 🙂 )

He has received 20 honorary doctorates, has been awarded honors from three U.S. presidents, and has authored 7 books (5 of which have been national bestsellers). He is the principal inventor of many technologies ranging from the first CCD flatbed scanner to the first print-to-speech reading machine for the blind. He is also the chancellor and co-founder of Singularity University, and the guy tagged by Larry Page to direct artificial intelligence development at Google.

If you’d like to see his track record of predictions, take a look at the post on Live Learn Evolve. What got me interested was the world we’re heading towards. It’s going to require some further reading on my part to even understand what some of it all means because it’s currently a little beyond my pay-grade. 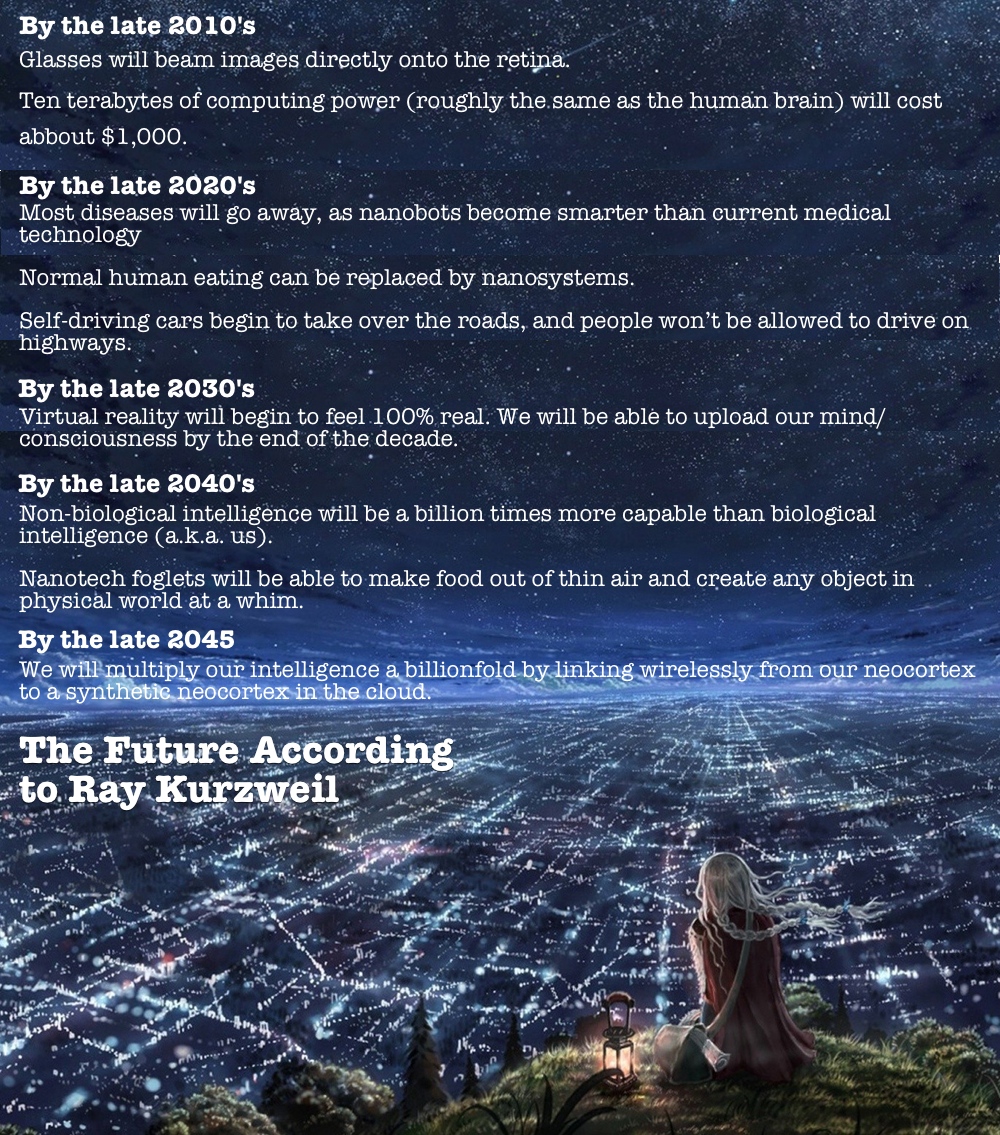