Which Countries Work the Longest Hours (paid and unpaid)? 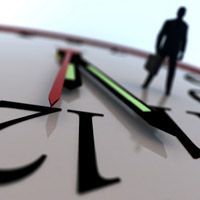 I’ve gotten myself into a tiny little research project. I’ve become more than a little interested in the number of hours we apparently work, or are supposed to work, or more accurately are paid to work each day/week/month.

I’m curious why most of us are paid to work 8 hours each day? I now know that number originated in the early 1900’s. You can thank Henry Ford.

I want to know if it’s been updated since then, or if we’ve just held on tightly to a concept that’s now over 100 years old, in a working environment that looks nothing like the world of Henry Ford. I suspect we’ve done no work to find out if we’re still working optimally? And even if the number has been found to be needing an update (which I know it has), which company is going to have the necessary apparatus to make the changes needed?

Here’s an infographic, while we explore, that shows the standard work hours from around the world, according to stats released by the Organization for Economic Co-Operation and Development. I pulled it off PFSK’s website.