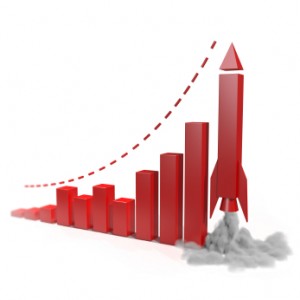 As part of my deep dive into creativity this month, one of the books I’m reading is ‘Out of our Minds: Learning to be Creative‘ by Ken Robinson. One of his chapters deals with the pace of change, and therefore the need for imagination and creativity.

He does a fantastic job presenting the pace of change. Here are three examples I found really interesting:

Spend a little time pondering how that has changed our lives. It’s huge. It’s far greater than just more time traveling. It speaks to our view of the world, what we’re capable of, who we’re able to meet and engage with, what we have access to, etc, etc.

He then goes on and asks the read to imagine the past 3000 years on the face of a 60 minute clock with each minute marker representing 50 years. Using that as our measure, Robinson points out that up until 3 minutes ago transport was dominated by the horse, the wheel and the sail.

If you then did the same exercise with technology, it’d read like this:

As Robinson points out in the book, we should probably view this as the beginning of change at this pace. There is no reason to think we’re slowing down or in a maturing phase when it comes to the pace at which we are introducing change through innovations on all fronts.

In the next 50 years we may see changes that are as unimaginable to us now as the iPad would have been to John Shakespeare.