This Is How You Do A Hotel Promo Video 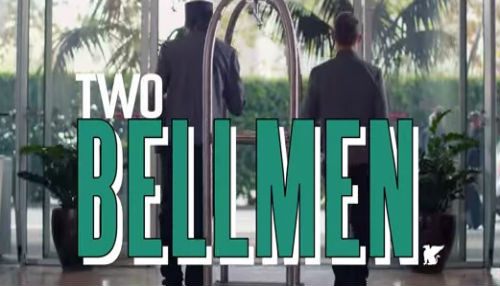 Last week I wrote a post about one of our clients in the Hotel Industry. If you saw the post, then you might have watched the video we worked with Pulp Films on, to describe Champagne Castle Hotel’s ‘A Sense of Place’. It’s a great video that’s received fantastic feedback. Our goal was to create something that emphasised the experience, the energy, and the essence of the hotel, and less of the kind of stuff you expect to see in hotel promo videos, like the rooms, the food, and the amenities.

And then you have an international hotel chain, with a monster budget, and a great sense of humour…..

Now For Something Completely Awesome

I recently came across a ‘movie’ created by the JW Marriott Group of Hotels. It’s called ‘Two Bellmen’, it’s 17 minutes long, and it’s a stunning creation worth watching, especially when you consider it’s just a promo video for a Hotel.

Two Bellmen is an action-comedy from Marriott Content Studios about, well, two bellmen who prove their company loyalty when the JW Marriott LA LIVE comes under siege by “The Purple Panthers,” the most notorious smash and grab art thieves of our time. The film is a comedic, genre-bending explosion of parkour, martial arts, dance and music action, and features the biggest stars from the hip hop and B-boy dance worlds, including leading Hollywood stuntmen William Spencer (SPIDER-MAN; SPIDER-MAN 2) and Caine Sinclair (NBC’s Grimm; How I met Your Mother) as The Bellmen. The cast also includes Henry Simmons (Marvel’s Agents of S.H.I.E.L.D.); Miles Brown aka Baby Boogaloo (ABC’s Black-ish); Sophina Brown (Shark; Numb3rs; The Good Wife); noted B-boy dancer Josue “Beastmode” Figueroa (Southland; STEP UP REVOLUTION); Josue Antonio (STEP UP series; The LXD); Taryn Southern (The Single Life); and So You Think You Can Dance hip hop legend, Stephen “tWitch” Boss (STEP UP films; So You Think You Can Dance; MAGIC MIKE XXL), as well as other amazing talents from Substance Over Hype. The music and dance world is also fully represented, with AMP Live, Scarub, and Fingazz all making appearances.

UPDATE 22 May 2019 – The original movie was clearly a hit. Two Bellmen Two was created, and now there’s a Two Bellman Three. You can watch that below.