PODCAST – Great early interview of Mark Zuckerberg of ‘The FaceBook’ 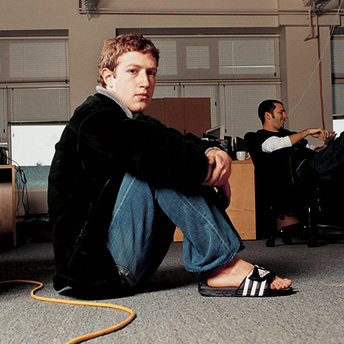 I don’t know how I got it, but I found myself listening to a 56 minute interview of Mark Zuckerberg while driving the other day. Truth be told it took me 3 days to listen to it (wasn’t in my car long enough).

But it was a great interview. Great because, in my opinion, Mark Zuckerberg didn’t have a clue as to what he had in his hands when they first got started. The interview is in the early days, dated October 2005. In the days when it was still being called ‘The FaceBook’. How funny that sounded.

It’s one of those interviews that he’ll possibly feel a little silly about, should he listen to it today?

It’s one of those interviews that reminds the mortals like me that giants like ‘The FaceBook’ didn’t necessarily start with a grand master plan. It was more about putting one foot in front of the other and taking it step by step. I found a lot of encouragement listening as I giggled along reflecting on how far ‘The FaceBook’ has come.

I’ve uploaded the interview into my PodCast Feed. You can pick it up here: