Of Course These Blades Are f—ing Great! 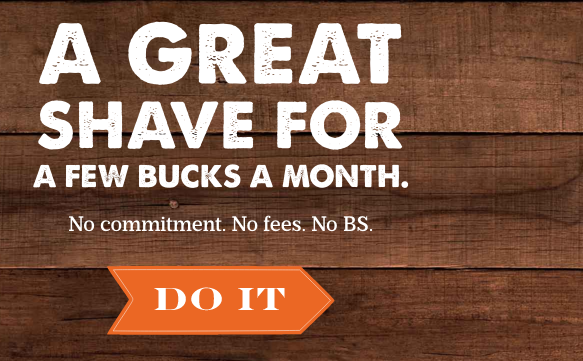 You must have heard of Dollar Shave Club? Their very well watched 2012 YouTube video has seen over 21 million sets of eyballs. Not too shabby at all. Those views have translated into over 2 million monthly members of The Dollar Shave Club, and a claim last year that they were selling more blade cartridges than the number two player in the US market, Schick. They’re also, as of June 2015, worth a very cool $615 million (which is approximately a Zuma / Van Rooyen inflated R9 636 804 000)

For me, the kind of approach that The Dollar Shave Club has taken, is about as disruptive as it gets. Not only are they taking a large swing at the ridiculous, ludicrous, highly inflated and mostly accepted prices being charged by market leaders, Gillette, but there’s an honesty and transparency and authenticity that comes through in the original advert that makes me want to trust CEO and founder, Michael Dubin, and sign up immediately. Sadly I’m not sure they’d ship out here?

As I watched the advert again, the other day, I wondered what role the phrase ‘Our blades are f—ing great!’ might have done for me? There’s an image that was sent to me a year or two ago that has a similar effect on me. In fact, if this was actually a real supermarket, I’d want to shop there. I’d only want to shop there. 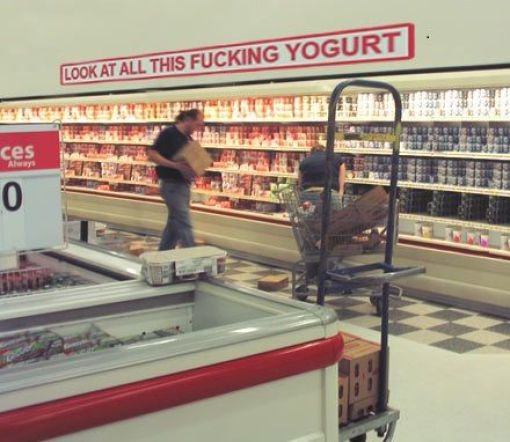 Who wouldn’t want to shop at a supermarket that speaks to it’s customers as real human beings and not via small shout-outs and ‘clever’ phrases on posters using carefully crafted copy, who’s single aim is to ensure the most amount of people both understand and will buy?

Me. I want to shop there. I want to buy from a Supermarket that has signs pointing out that their buyer might have made an error and now they’re stuck with ‘all this fucking yogurt’. I want to buy razor blades from a guy on YouTube selling them for a dollar and backing them by telling me his razor blades are not only cheap, but they’re fucking great.

And they don’t need to use the F-word, although it does help to cut through the noise out there and get my attention. I long to be a customer in a world of honest, transparent and authentic merchants who back their products and their services sufficiently to not have to rely on the tired sell-at-all-costs strategy they currently employ.