Is This The Ultimate Performance Review? 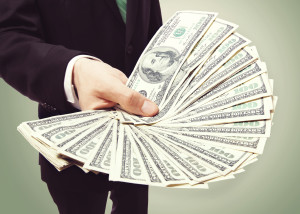 The annual performance review, disliked in most companies by those being reviewed. But what if you turned it on it’s head, and instead of the employee being reviewed it was the company? Is Amazon’s adoption of a Zappos people practice just that, and if it was adopted by business in general, what might be the impact in the workplace? Harvard Business Review reports on an item found in Jeff Bezos’ annual letter to shareholders….

Bezos’s letter unveiled his well-named Pay to Quit program, in which the company offers fulfillment-center employees one-time payments to leave Amazon. Each employee gets the offer once a year. The first time, it’s for $2,000. The offer increases by $1,000 each year after that up to a maximum of $5,000.

Add another zero the end of the numbers to get a rough idea of what it’d be worth in South Africa, and suddenly you’ve got a pretty decent incentive to leave, if it was something you were thinking about anyway. But why do this? It’s not an initiative to downsize the business and get rid of people to save money. This practice, that was developed by Zappos, is aimed at encouraging those people who are sitting on the fence to move on.

The first (and most obvious) answer is that unhappy people make for unsuccessful companies. As Bezos notes in his letter, “In the long run, an employee staying somewhere they don’t want to be isn’t healthy for the employee or the company.” This is not, it should be stressed, an indictment of the organization or people who choose to leave. Great companies are great precisely because they stand for something special, different, distinctive. That means, almost by definition, that they are not for everybody. It takes a certain personality type to thrive in the extroverted, almost theatrical, culture of Zappos, or the driven, no-nonsense culture at Amazon. If there isn’t the right fit, it makes perfect sense to quit.

But the more valuable role of these offers may be their impact on the employees who choose to stay. Once a year at Amazon, front-line employees, whose jobs are anything but glamorous, get a chance to sit back, reflect, and choose whether to re-commit to the company and their colleagues. In a sense, Pay to Quit is an annual performance review of the company by its employees: Can I imagine not working in this department, with these people, for this company? It is they who are making the call, they who are choosing not to take the money and run — which creates a deeper sense of engagement and affiliation.