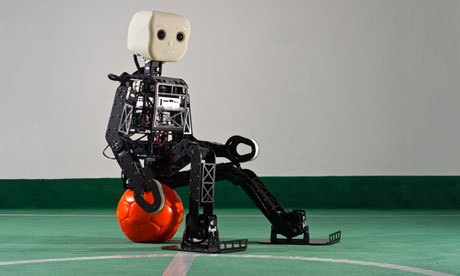 If you’re remotely interested in Artificial Intelligence then the headline of this post will have captured your attention. I picked up an article from Wired about Andrew Ng, The Man Behind the Google Brain.

The essence of the article is about Ng’s discovery, having given up his dream of building AI, of the idea that human intellegence stems from a single algorithm. This renewed his passion and set his life on a new course.

In the early days of artificial intelligence, Ng says, the prevailing opinion was that human intelligence derived from thousands of simple agents working in concert, what MIT’s Marvin Minsky called “The Society of Mind.” To achieve AI, engineers believed, they would have to build and combine thousands of individual computing modules. One agent, or algorithm, would mimic language. Another would handle speech. And so on. It seemed an insurmountable feat.

It’s an article worth a read as it moves from Ng to quickly and simply highlight the current global race between companies and governments to be the first to work out how the brain works, and then mimic it. At stake is a lot of money….

“Everybody recognizes that if you could solve these problems, it’s going to open up a vast, vast potential of commercial value,” Olshausen predicts. That financial promise is why tech giants like Google, IBM, Microsoft, Apple, Chinese search giant Baidu and others are in an arms race to develop the best machine learning technologies.