Creativity – Where Does It Come From? 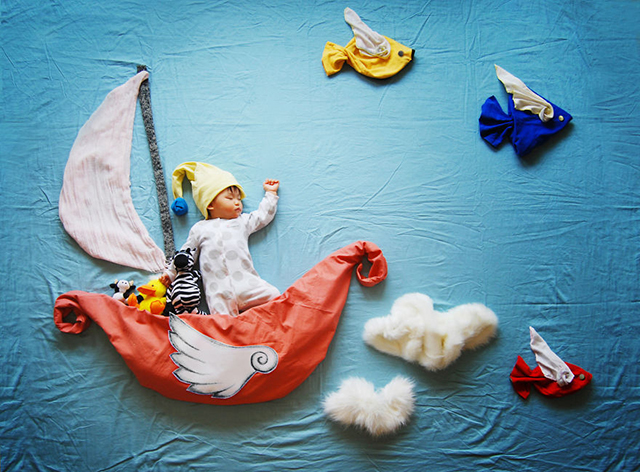 I have a personal interest in understanding ‘creativity’. For as long as I can remember I’ve always been an outsider. I’m careful not to call myself an outlier in case you think I’m putting myself into Malcolm Gladwell’s category of talented people. An outsider in the sense that I’ve often walked a lonely path, and if I wasn’t alone I was almost always with other loners, and loners walking together, a community does not make. As an adult I grabbed hold of the descriptor ‘creative’ because it seemed to house fringe human beings who I felt were a lot like me. Sometimes it’s good to feel part of a bigger collection of others.

For years now I’ve been reading and researching anything that describes ‘creative’ for signposts to shine some light on why I might have walked the path I have, separately from those I have called family, friend and acquaintance?

Enter Nancy C. Andreasen (I love people who display an initial as a middle name – why do they do that?). She’s not any more significant than some other thinkers I have come across, but she is one of the smarter ones, who’s doing some very cool research on creativity by studying people’s brains. According to Wikipedia:

Nancy Coover Andreasen is an American neuroscientist and neuropsychiatrist. She currently holds the Andrew H. Woods Chair of Psychiatry at the University of Iowa Roy J. and Lucille A. Carver College of Medicine

I found her in an article in The Atlantic, titled, Secrets of the Creative Brain – Where genius comes from, whether it is dependent on high IQ—and why it is so often accompanied by mental illness.

There’s a lot to get through in this article (I’d define it as a long read), and it left me only a little further down the road, but there’s enough in it to have anyone interested in this space, a little more engaged than normal. It left me with the overwhelming view that to include oneself in the category of ‘creative’ reinforces just how much of an outsider you might really be.

I have spent much of my career focusing on the neuroscience of mental illness, but in recent decades I’ve also focused on what we might call the science of genius, trying to discern what combination of elements tends to produce particularly creative brains. What, in short, is the essence of creativity? Over the course of my life, I’ve kept coming back to two more-specific questions: What differences in nature and nurture can explain why some people suffer from mental illness and some do not? And why are so many of the world’s most creative minds among the most afflicted? My latest study, for which I’ve been scanning the brains of some of today’s most illustrious scientists, mathematicians, artists, and writers, has come closer to answering this second question than any other research to date.

This bit of information becomes an interesting matter for contemplation of self / family reflection. It’s also loaded with thoughts of finding an online test that measures ‘mental illness’. While creativity and mental illness are linked in many research papers, there’s still nothing conclusive. However, from as early as 1891, a physician named Cesare Lombroso put forward a …..

gossipy and expansive account of traits associated with genius—left-handedness, celibacy, stammering, precocity, and, of course, neurosis and psychosis—and he linked them to many creative individuals, including Jean-Jacques Rousseau, Sir Isaac Newton, Arthur Schopenhauer, Jonathan Swift, Charles Darwin, Lord Byron, Charles Baudelaire, and Robert Schumann. Lombroso speculated on various causes of lunacy and genius, ranging from heredity to urbanization to climate to the phases of the moon. He proposed a close association between genius and degeneracy and argued that both are hereditary.

Not sure I’m happy with his inclusion of left-handedness in that, but it was 1891, I’m prepared to give him some space 🙂

Mental illness isn’t the only predictor. There have also been theories about IQ and creativity. While this has always been a difficult one for me to consider personally because I’m certainly not overly developed on the IQ spectrum. It turns out I’ve not really had to worry because it isn’t much of a predictor to begin with.

Intelligence doesn’t have much effect on creativity: most creative people are pretty smart, but they don’t have to be that smart, at least as measured by conventional intelligence tests. An IQ of 120, indicating that someone is very smart but not exceptionally so, is generally considered sufficient for creative genius.

Andreason, driven by some small thinking man in the University she was housed in, was determined to solve the answer to where creativity came from and hypothesized the following….

subjects would have an increased rate of schizophrenia in family members but that they themselves would be relatively well. I also hypothesized that creativity might run in families, based on prevailing views that the tendencies toward psychosis and toward having creative and original ideas were closely linked.

Some of why schizophrenia is included in the study of where creativity comes from, has to do with well known creatives who’s family history is littered with the illness

From this part in the article it felt as if it got messy (perhaps it was just too long for me) in terms of an easy narrative from to follow. So for those who don’t end up reading the full article (and you should), let me list the headline characteristics, thoughts and theories that captured my attention:

In one of her studies, a full 80 percent of the researched group had had some kind of mood disturbance at some time in their lives, compared with just 30 percent of the control group

When the psychologist Kay Redfield Jamison looked at 47 famous writers and artists in Great Britain, she found that more than 38 percent had been treated for a mood disorder; the highest rates occurred among playwrights, and the second-highest among poets. When Joseph Schildkraut, a psychiatrist at Harvard Medical School, studied a group of 15 abstract-expressionist painters in the mid-20th century, he found that half of them had some form of mental illness, mostly depression or bipolar disorder; nearly half of these artists failed to live past age 60.

Creative people are better at recognizing relationships, making associations and connections, and seeing things in an original way—seeing things that others cannot see.

Many creative people are polymaths, people with broad interests in many fields—a common trait among my study subjects.

As in the first study, I’ve also found that creativity tends to run in families, and to take diverse forms. In this arena, nurture clearly plays a strong role. Half the subjects come from very high-achieving backgrounds, with at least one parent who has a doctoral degree. The majority grew up in an environment where learning and education were highly valued.

Many creative people are autodidacts. They like to teach themselves, rather than be spoon-fed information or knowledge in standard educational settings

The biggest thought I am left with having read this article, is that to be included in the category ‘creative’, or perhaps it’s that sub-category ‘creative genius’, isn’t just something you’re good at? It’s not just a gift you’re born with, or develop. To be included in the category ‘creative’ means that you truly are a loner, by virtue of your DNA. You’re physically and mentally made up very differently to the other categories we drop human beings into. It’s certainly not an easy category to belong to, and perhaps the rest of us should be a little kinder to those who do.