Can We Build a Lightsaber? 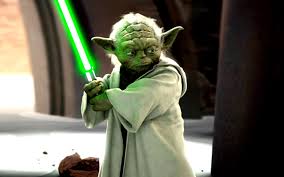 Whatever your cultural, religious, gender or value system is, without a doubt, the most important question in the known universe is this one…..

Can we build a Lightsaber?

There isn’t a person on the planet, who after having seen any of the Star Wars movies, doesn’t want one. They are the ultimate human companion.

They’re the reason my two daughters are into Star Wars. I once tricked them into watching a Star Wars episode, and once the Lightsaber had made it’s first appearance, they were hooked. It’s why everyone is into Star Wars, no matter what George Lucas might say.

You can imagine my excitement then, when I opened Zite this morning and found this video…. It’s 20 min long and it holds the answers to the Lightsaber question. I hope you’re as excited and hopeful watching it as I am….