You Can Learn Anything 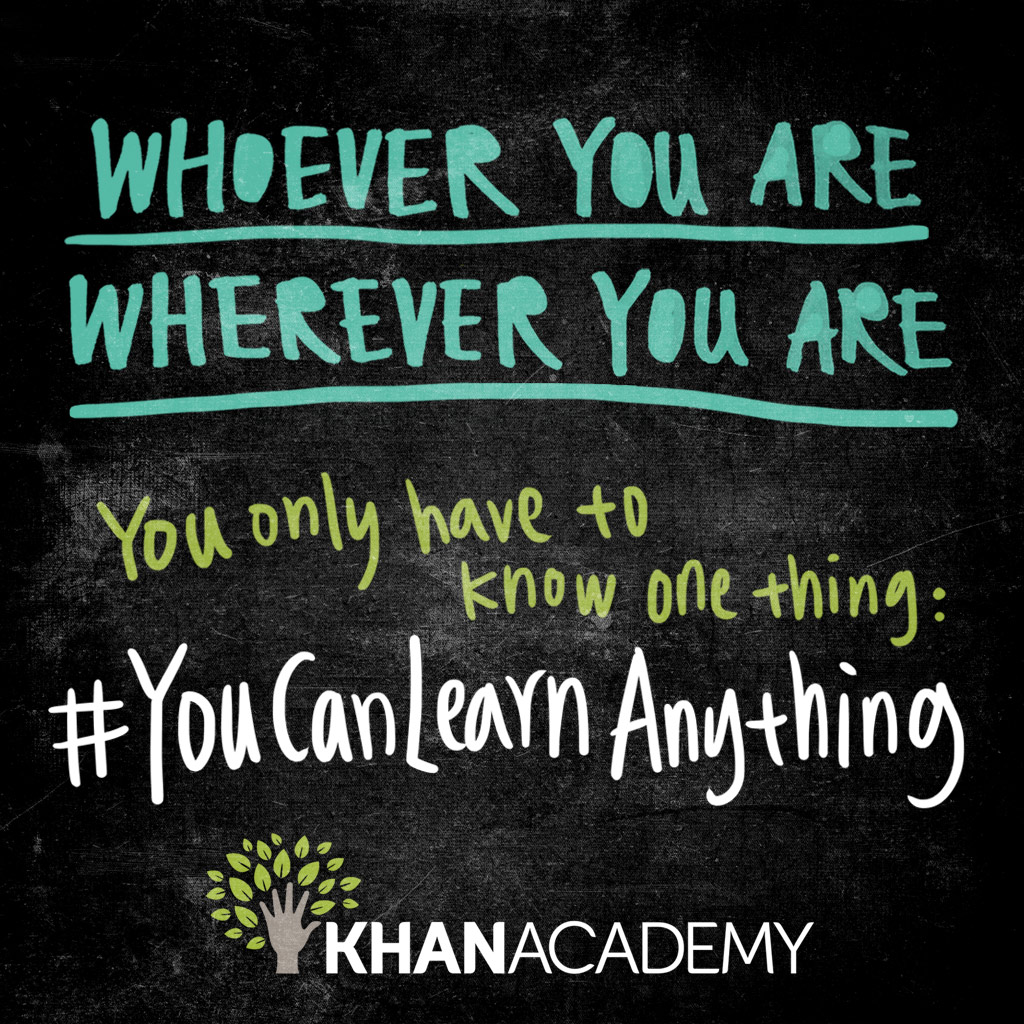 The Khan Academy is a non-profit educational organisation created in 2006 by then Hedge Fund Trader now Educator, Salman Khan. The Big Idea of the Khan Academy is to provide ‘a free, world-class education for anyone, anywhere.’ If that’s their Big Idea, then they get an A+ for execution. I’ve met South African university and high school students who use the Khan Academy to help their studies. It’s funder list include the Google Foundation and the Bill and Melinda Gates Foundation.

My first exposure to Salman Khan was a TED talk he delivered explaining his own, and the Academy’s story. This past week I received an email with a video attached highlighting their new campaign #YouCanLearnAnything

Khan Academy is on a mission to unlock the world’s potential. Most people think their intelligence is fixed. The science says it’s not. It starts with knowing you can learn anything.

It’s a great inspirational video reminding us that we all started at zero, and that there was a time when Einstein couldn’t count to 10, and Shakespeare had to learn his A, B, C’s. If you know someone who’s still growing, no matter their age, send this on to them, and let them join the movement at http://khanacademy.org/youcanlearnany or at the very least get a little inspiration.