A Knobb and a Glugg of Leadership 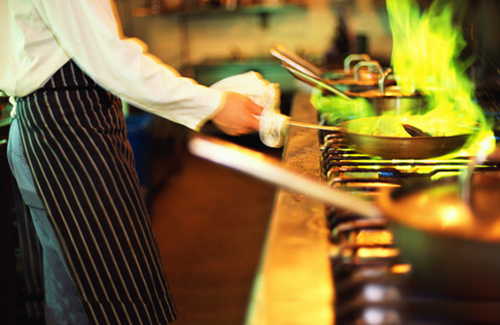 I’m no chef. To be honest when it comes to cooking and me, you can’t ever be too sure what you’re going to get? I’m either pretty good, or pretty not so good. I’ve not yet been outstanding, and I haven’t poisoned anyone. I’m a learner in the kitchen, with a big red ‘L’ on my back. I’ve recently learned that baking and cooking are approached in two very different ways:

Backing is a science. If there’s a recipe, you don’t deviate from it. If it says 200g of flour, you put in 200g of flour. If it says in an oven at 180 celsius for 28 minutes, that’s exactly what you do. Deviation from the formula will result in certain failure.

Cooking is different. It’s less science and more gut feel. There are some general signposts worth following, but add a little too much salt and it’s not going to end up in disaster. In fact you can counter the extra salt by adding something else (I find that chutney covers a multitude of sin : ).

My favourite chef to read, when I’m looking for signposts, is Jamie Oliver. I’ve tried others, and the reason I like Jammie is that he’s more gut than science than most. He uses terms like ‘knobb’ and ‘glugg’ when explaining quantity. I’ve not ever tried to find out the formal measurement of either, and have rather left it to my gut at the moment of cooking to work out what  I think it’ll be? So far it’s worked for me. And I’ve passed it onto my daughter who often looks for science in the kitchen.

“How much is a glugg?”, she responds.

“What does a glugg feel like right now”, I shoot back.

I think it’s great to cook with feeling. Passion for cooking doesn’t come from science or from a formula, it come from deep within your soul, in the moment.

I think we need more ‘gluggs’ and ‘knobbs’ when it comes to leadership and less ‘7 irrefutables’ and ‘9 definites’. Less science and more gut. Look in leadership libraries or search Amazon and you’ll find far more suggesting that leadership can be boiled down to a neat list of things to do. Authors searching for the Grand Unifying Theory of Leadership. Suggesting that leadership is a neat formula that can be followed.

I say it’s not. It’s so not. Speak to those who lead. Whether they’ve done so for a long time, or are just getting started. Leadership is about people, and when it comes to people there are no neat formulas. Ever! The 4 teaspoons that worked yesterday require 3 or 7 today. Leadership happens in the moment (and sometimes it doesn’t happen at all), it’s not a neatly planned recipe. Stock standard recipes and leadership end in disaster.

Leadership requires more gut than science. We need to let go of our search for certainty in leadership and adopt words like knobb and glugg. We need to forget what worked yesterday and the day before, and become more interested on what’s going on in the moment. Leaders need to practice using their gut, and you can’t do that if you’re constantly relying on a neat formula to help you make it through.