What If Our Education Systems Are Failing Our Children? 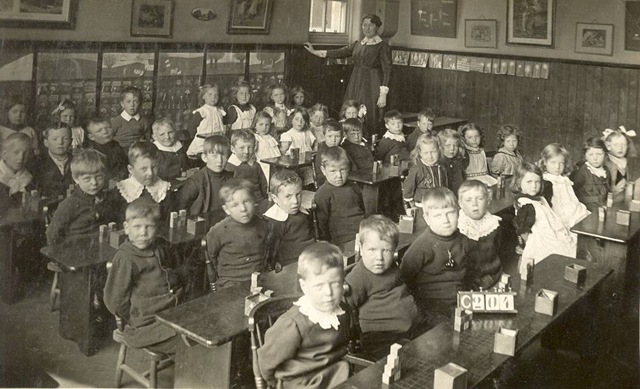 This post isn’t aimed at the parent who’s child goes to a hideously under-resourced government school. It’s also not aimed at the parent who’s child goes to the most expensive and over-resourced private school. This post is aimed at all parents who have children or will have children, who see school as a key deliverer of their children’s growth and development. I also wrote this post for me, and I’ve been writing this post for years. From before my own children were born. I still don’t have an answer to the ‘what if?’.

I purposefully used ‘education systems’ in my title so as to be fully inclusive, because no matter what school your child goes to, in my opinion, they fall into the broader grouping of ‘education system’ that is outdated, not relevant, and mostly failing in it’s stated intention of helping children grow and develop into the very best they can be. I don’t dispute that our children are learning things, are growing, and are definitely better off in their current school than working in a coal mine. My contention is that the current predominant view of education isn’t even close to what it should be, and what it could be. And if I’m right, then what should I do about it?

I’ve been engaging people (other parents) on this thought for years, and I’m always left disappointed as to how few people have asked the question of the school they went to, or the school there child is currently at, or of the school their child will one day go? Most people blindly assume that the way schools are, is the best way schools can be. On one hand I can understand their blind faith, simply because there are a lot of apparently highly educated people in the education system and if they don’t seem to think there’s a problem, then there can’t be one? Of course this logic doesn’t stretch very far into the rest of their lives. They don’t blindly trust that the banks are doing the best they can with their money, even though banks are full of trained and qualified bankers. They also don’t blindly trust that governments are doing the best they can for a country, and governments are mostly full of seasoned politicians. But schools, schools seem to exist in a different category for a large majority of people.

It’s not like there aren’t voices out there, all over the place, calling for massive reform in our education paradigm. The well known video archive called TED, lists it’s most watched talk as ‘Do Schools Kill Creativity?’ by Sir Ken Robinson. And if you’ve not watched it, you should.

Peter Gray has a book I wish all educators would read called, Free to Learn: Why Unleashing the Instinct to Play Will Make Our Children Happier, More Self-Reliant, and Better Students for Life. An example of just one paragraph does not suggest that schools are getting it right….

Children come into the world burning to learn and genetically programmed with extraordinary capacities for learning. They are little learning machines. Within their first four years or so they absorb an unfathomable amount of information and skills without any instruction. They learn to walk, run, jump, and climb. They learn to understand and speak the language of the culture into which they are born, and with that they learn to assert their will, argue, amuse, annoy, befriend, and ask questions. They acquire an incredible amount of knowledge about the physical and social world around them. All of this is driven by their inborn instincts and drives, their innate playfulness and curiosity. Nature does not turn off this enormous desire and capacity to learn when children turn five or six. We turn it off with our coercive system of schooling. The biggest, most enduring lesson of school is that learning is work, to be avoided when possible.

There’s Most Likely to Succeed: Preparing Our Kids for the New Innovation Era by Tony Wagner and Ted Dintersmith, that takes a look forward and assesses if current education systems (in this case, the USA) are adequately preparing our children to survive and thrive in the future?

Today more than ever, we prize academic achievement, pressuring our children to get into the “right” colleges, have the highest GPAs, and pursue advanced degrees. But while students may graduate with credentials, by and large they lack the competencies needed to be thoughtful, engaged citizens and to get good jobs in our rapidly evolving economy. Our school system was engineered a century ago to produce a work force for a world that no longer exists. Alarmingly, our methods of schooling crush the creativity and initiative young people need to thrive in the twenty-first century.

When I look at the abundance of thought for an education shake-up I ultimately conclude that it isn’t a blind trust that school is the best that it can be. It’s fear. Fear of reaching the conclusion that the education system is rotten, because that would require each of us to acknowledge that we are lacking! Lacking because we came through that very same system. We’d also have to admit that we’re not doing the best for our children, and some people are paying large sums of money to give their children the very best in education.

Instead of asking the difficult questions that need to be asked, and possibly having to confront our own failure, we keep quiet, put our heads down, don’t ask questions, and in so doing, we keep an unhealthy education system in place, as well as our self-esteem and pride.

Educators On A Mission

Of course it’s not all doom and gloom. In any system there are those mavericks, adventurers and disruptors that are working, mostly quietly in the background, to find new models and contribute towards the change that is required and almost always on the boil. I’ve had the privilege of meeting with some of them, and they always give me hope. Not so much for my own children (sadly I think they’re too old now) but for the children of tomorrow.

I know of one such educator, who right now is raising money to get across to the US to meet with other mavericks, adventurers and disruptors, who are thinking and doing some incredible things with how children are being educated. If you have a chunk of change (nice pun right) lying around that you might want to use to make the trip happen, drop me a mail, I’d be happy to put you in touch.

Here’s to the crazy ones. The misfits. The rebels. The troublemakers. The round pegs in the square holes. The ones who see things differently. They’re not fond of rules. And they have no respect for the status quo. You can quote them, disagree with them, glorify or vilify them. About the only thing you can’t do is ignore them. Because they change things. They push the human race forward. And while some may see them as the crazy ones, we see genius. Because the people who are crazy enough to think they can change the world, are the ones who do.