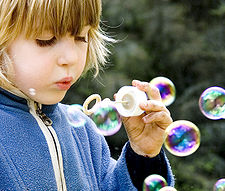 It struck me the other day, as I read a great post by Mark Rowlands on adults and play, that I seldom if ever have heard a company talking about how they play? Not ‘play’ as in some redefined business term, but ‘play’ as in what comes to mind when you imagine a group of children with a tub of lego, or in a sandpit. I then took a visit to Google (as one does) and searched for ‘companies who play‘. I couldn’t find anything meaningful. ‘Best Companies’, ‘Top Companies’, ‘Great Companies’, ‘Cool Companies’, are easy to find.

Work is activity directed at an external goal. Play is activity whose goal is internal or intrinsic to it. In its pure form, play has no external purpose or reward. We play just to play.

Based on that definition it’s clear why business stays clear of any hint of play. As I’m writing this ‘The Dragon’s Den‘ is on in the background on my TV. The five Dragons, I’m certain, wouldn’t put any of their money into any activity that didn’t have a clearly defined and achievable external goal. To ask them to invest for no external purpose or reward, and to invest just to invest, would not keep you in the Den very long.

It’s school that introduces the idea of separation between work and play. It’s done very subtly. School starts off being all about play, and by the time you exit on the other end, it’s all about work. Play is relegated to ‘after-school’ or ‘outside-of-school’. By the end of school, there’s no doubt in your mind which is more important.

However, none of that careful and crafty manipulation of the separation of play and work has ever convinced me that we’ve got it right. There is significant value to be had in an outcomes focussed environment by engaging in activities that are simply for the pure enjoyment of the activity, and nothing else. Even if it’s only to avoid the valueless pursuit of work. As Rowlands points out…

A life that is taken up with work and nothing else is a life where everything is done for the sake of something else. Value is never found in the here and now. The things that have value lie always just a little further down the road. Such a life would resemble the punishment of Tantalus: condemned to stand in a pool of water, underneath branches of fruit. Whenever he stooped to drink, the water would recede. Whenever he attempted to pluck the fruit, the branches would pull away from him. Aristotle first identified the problem. Suppose your life is made up of things you do for the sake of something else — you do A in order to get B, and you do B only to get C, and so on. Therefore A has no value in itself; its value lies in the B. But B has no value in itself: that value lies in the C. Perhaps we eventually encounter something — call it Z — that’s valuable for what it is in itself, and not for anything else. The grim alternative is that we encounter no such thing and satisfaction is always deferred, always just around the corner (indeed many would argue that this is the treadmill of consumerism). If our lives are to mean anything, there must be something that’s valuable for what it is in itself and not for anything else it might get you. This, in the parlance of philosophers, is called intrinsic value. Most obviously, we should be able to find intrinsic value in the other people in our lives. If we focus just on our activities — on what we do — then it is clear that it will not be found in work (in my sense above, of things we do for something else) but only in play. It is play, and not work, that gives value to our lives.

I do think there’s more value to be had from playing in a business context than just the above, if managers and shareholders and even customers would relinquish some control and trust people in their pursuit of play. Creativity cannot really be released in any business context without play.  Happiness and joy in their best form require play. Engagement requires play. Loyalty depends on play. Authentic relationship and trust come out of periods of play. All these items that companies are measuring rely on play.

If you don’t believe me, you don’t have to go very far to find working examples. Open up Google and search for the closest nursery school to you. Phone up the school and get permission to observe some children in a sandpit for just 20 minutes. In those 20 minutes you’ll see everything I’ve just listed above; creativity; happiness; joy; engagement; loyalty, commitment; authentic relationship and trust. They’ll all be evident and emerging right in front of you.

And no matter what they tell you, you’re not too old to play. The reason you don’t play anymore is because you bought the lie they told you many many years ago on the playground, that work was important, and play was not. And they were wrong!