What has Meditation got to do with Business? 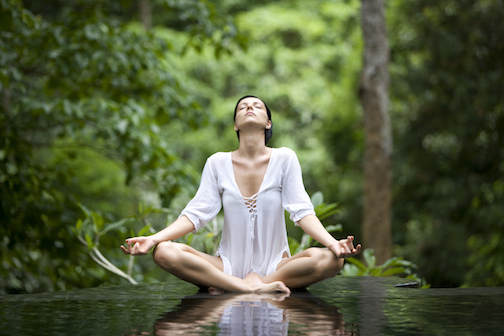 You sit, eyes closed, and turn your attention inward. You focus your attention on an immediate experience, perhaps your breath or a mantra. You become more aware of yourself as a body breathing. When thoughts or emotions come up, you observe them with curiosity, openness and acceptance. Then you bring your attention back to the present. Each moment is a new experience. You enter an intense state of relaxation and alertness.

If you’re Rick Rubin then the paragraph you’ve just read and business are not disconnected at all. Who’s Rick Rubin you ask? I asked the same thing. Rick Rubin has created some pretty impressive stuff, and is known for at least some of the following…

Rick Rubin has produced numerous platinum-selling and award winning albums. Some of the albums he produced are considered classics, like thrash-metal band Slayer’s Reign in Blood or early hip-hop albums by the Beastie Boys, Run-DMC and LL Cool J. He has produced career-rejuvenating comeback albums by Johnny Cash, Black Sabbath and the Dixie Chicks. He initiated genre-bending collaborations, such as the rap-rock hybrid “Walk This Way” by Run-DMC and Aerosmith, and Johnny Cash’s covering of a Nine Inch Nails song.

It was enough of a CV to keep me reading the article on Forbes.com 🙂 There are a couple of Meditation gurus quoted and a little bit of research here and there in the post. The part that caught my attention, however, wasn’t so much the meditation part, but the environment piece. Ruben speaks about challenging people through changing their environment. This ‘facility’ is not easily available or highly promoted in most business contexts today, and yet I know for myself, it’s a critical part of our creative process at Calidascope. I’m often left bewildered at the pride placed in building efficient and sterile working environments that completely work against everything we know about our own triggers for doing better and more creative work.

Based on his conversations with each artist, Rubin figures out how to support their strengths and downplay their weaknesses. Which is how he can work with such a wide spectrum of artists. For example, he encourages some artists to write while they are driving because that the attention they devote to driving prevents them from second-guessing themselves. For one artist who was struggling with lyrics, he invented a game with magnetic poetry to help him access his intuition about what the songs meant to him.

Sometimes just changing the context of the work—for example, by recording in a house rather than a recording studio, as the Red Hot Chili Peppers did while recording Blood Sugar Sex Magik—helps break artists out of their automatic habits and allows something new to happen. “Sometimes it’s about making it more comfortable. The distraction of less comfort can bring about a really good idea,” he said. One thing he likes to do is to have walking meetings on the beach. “It’s a remarkably different meeting,” he said. “The walking meetings tend to be much, much more productive than meetings sitting in an office.”

I’m often saddened that in the name of professionalism, business, efficiency and being adult and grown up, that we’ve allowed ourselves to journey so far away from creating the spaces and places that we know in our souls will create environments that make us better at everything we do.