Is Apple at risk of losing it’s Aura? 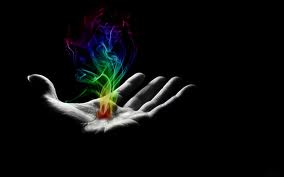 Technology. I don’t know another industry that changes as quickly.

New innovation, products, services, people, companies and market leaders. It’s a space that seems to get a shake up each and every day. I imagine the number of people on anti-depressants and anxiety meds must be relatively larger in tech companies than any other. Security today means nothing.

A year or two back I read a book on the Mobile Phone revolution. I unfortunately can’t remember the book details or the author. It was written in 2005, and what struck me, as I read the preface, was that the author had met with every mover and shaker in the world of mobile phones in his research for the book. Except for one glaring fact, he hadn’t met with anyone from BlackBerry, Apple or Google. In the 7 or 8 years since he wrote the book, BlackBerry has come, and almost gone (good luck BB10) and Apple, Google and Samsung dominate the mobile device landscape (for now).

Who ever imagined a day Microsoft would be toppled from the top of the pile, and further, who could ever have predicted the rise and dominance of Apple, and Google, and FaceBook and Amazon? The image below is from FastCompany in 2011. The article was called:

The Great Tech War Of 2012 – Apple, Facebook, Google, and Amazon battle for the future of the innovation economy.

No Microsoft and no Yahoo!

I therefore read with interest a post from Co.Design, Why Apple is Losing it’s Aura.

The author of the post has some interesting thoughts and observations around what makes up a successful aura, and why the glow of Apple’s aura may be shifting.

The shift in Apple’s narrative frame from awe to money is changing the meaning of belonging, a crucial ingredient of Aura. Instead of new and wonderful things that make our lives better, we hear constant talk of share prices, cost of iPhones, and price points in the “globalization” of products. Charging for the iCloud introduces a tax to belonging to the community. And cutting costs by threatening to fire the competent and friendly staff in Apple stores–the physical “face” of Apple to its followers–marks a distancing of the company with its followers. Apple once provided an optimistic, modern, creative existential meaning to its customers, who wanted to belong and were willing to pay extra to get into the community. But now it’s as if Apple has set out to break the bonds that connect it to its community.

While these challenges come faster and harder in the world of technology, they’re relevant to all businesses, no matter the size or the industry. It’s just the speed that differs.

Good luck to us all….