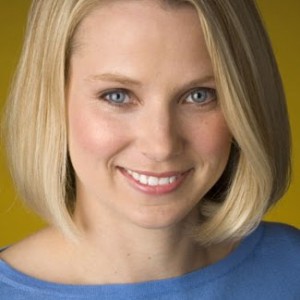 My interest in women CEO’s of tech companies started with Carly Fiorina, who for a while headed up Hewlett Packard (1999-2005). Women at the top of tech companies are few and far between. My youngest daughter is partially named after her. I’m not sure what my fascination is, but I do know it’s confined to this industry.

With that as an intro, it won’t be surprising that I’m now following every news report I come across regarding Marissa Mayer. She’s very recently moved from Google to Yahoo! as their new CEO. Yahoo needs someone / something as it’s been floundering for quite a while now, and while Marissa Mayer has an interesting and mixed reputation, expectations are high that she can deliver.

I smiled as I briefly scanned my RSS reader over the weekend. What caught my eye was an article from Mashable about Mayer. One of her first moves at Yahoo! has been to make the food in their canteen free.

Establishing a weekly all-hands meeting on Friday afternoons, and making all the food in its URLs Cafe, which previously priced egg white muffin sandwiches at $3.65 and teriyaki chicken paninis at $5.31, free. Of course, it’s easy to say that all of this has been borrowed directly from Google, but these kinds of offerings have become standard at many Silicon Valley offices — the fact that Yahoo has, until now, lacked them has likely been a sore point for some of its engineers. Both Facebook and Twitter, for instance, serve up free snacks and daily catered meals to employees.

Personally I don’t think it’s a small move at all. These are the issues that are often over-looked in business. Their return is difficult to measure, and as we hear so often, if you can’t measure it then you can’t manage it. And if you can’t manage it then why are you doing it? It’s nauseating stuff from the measurement crowd within business. Makes one want to severely throw up. This is the right-stuff that has a far greater impact on performance and return than any fancy process found at a Business School near you.

I’m expecting some interesting strategy being implemented from the corner office within Yahoo! I’m looking forward to this particular journey…..