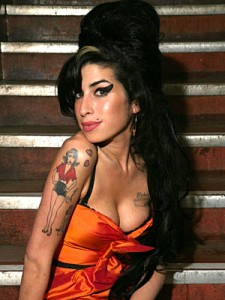 If you’ve read Malcolm Gladwell’s book Outliers, then you’re probably familiar with one of the ideas he suggests around being born in a certain era, a certain generation, or even a certain month. When you’re born counts, says Gladwell. Some or even all of your success, depending on your area of interest, can rest completely on when you were born. It’s a great concept, that I’m not going to go into detail here, but it’s one that gets plenty of conversation going when you’re in a group discussing it.

Sadly, this past weekend Amy Winehouse was found dead in her home in London.

Amy Jade Winehouse (14 September 1983 – 23 July 2011) was an English singer-songwriter known for her powerful contralto vocals and her eclectic mix of musical genres including R&B, soul and jazz.

I was at a conference in the Magaliesberg when I heard about her death, and learned from the DJ at the conference, Daune Rockwell, that she had joined the 27 Club. The 27 Club is a collection of well known artists who all died at the age of 27.

The 27 Club, also occasionally known as the Forever 27 Club or Club 27, is a name for a group of influential rock music artists who died at the age of 27.

Wikipedia lists a further 39 ‘lesser known’ artists who have all died at age 27.

I’m not smart enough to know if this is significant, and whether a similar study of movie actors and actresses would produce a similar result, but being the Gladwell fan that I am, I’m inclined to believe that there’s something to it. If certain birth moments in history work for you, then I wonder what happens at 27 in the world of music, specifically successful musicians?