Amstel’s New Advert Is A Great Lesson In Story Telling 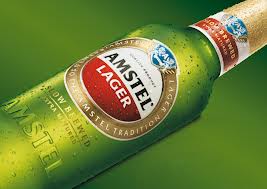 Great story telling is an art form. We tell stories all the time. We make sense of our lives through the stories we tell, and how we tell them. I remember being in a workshop many years ago, and the facilitator said something like…

You can’t change your past, but you can determine how you tell the story

Amstel Lager has a new advert out. I’m not sure it’s been launched on TV yet, but as per how you ‘do it’ these days, it has gone out online, and with well over 6000 views (at the time of writing this), it’s not doing to badly in it’s pre-release phase.

One of my favourite books, in the context of story telling, is by Donald Miller. His book is called ‘A Million Miles in a Thousand Years‘. I go back to it regularly to read the passages I highlighted.

While watching the new Amstel ad (extended version is 120 seconds) during the weekend, with the sound on mute, it struck me that the sound wasn’t important at all in the telling of the story. I didn’t need to hear what was being said, or have my emotions ‘manipulated’ by the music playing. I got the story just as powerfully.

Robert McKee put down his coffee cup and leaned onto the podium. He put his hand on his forehead and wiped back his gray hair. He said, “You have to go there. You have to take your character to the place where he just can’t take it anymore.” He looked at us with a tenderness we hadn’t seen in him before. “You’ve been there, haven’t you? You’ve been out on the ledge. The marriage is over now; the dream is over now; nothing good can come from this.” He got louder. “Writing a story isn’t about making your peaceful fantasies come true. The whole point of the story is the character arc. You didn’t think joy could change a person, did you? Joy is what you feel when the conflict is over. But it’s conflict that changes a person.” His voice was like thunder now. “You put your characters through hell. You put them through hell. That’s the only way we change.”

When I put the Amstel ad through the filter of this passage, they’ve done an outstanding job. It’s a great ad, it’s a fabulous story, it’s a job well done.