A Measure for Creativity 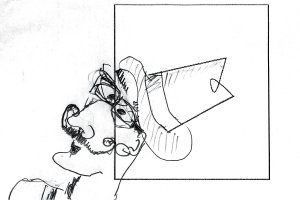 I’m not sure there are many businesses on the planet who aren’t in need of creative people. And yet when you enquire as to how they’re finding creative types, and what they’re doing with them once they’ve arrived, there’s a lot of silence and blank space. My own view as to why this is so, is simply because in a business environment if it can’t be measured, boxed and packaged it doesn’t get much attention.

Unfortunately creativity falls into the realm of ‘damn hard to measure, box and package’.

Of course I’m interested in finding a measure for creativity. Find one of those, and there’s a truck load of money to be made. And while many have tried, and some have done better than others, there still isn’t an accurate enough model to determine the creative output of an individual.

I came across an interview with Gary Marcus, the director of New York University’s Center for Language and Music, and his views on a creativity assessment:

Marcus is skeptical of tests that measure creativity. He thinks science can’t really know about creativity. “They correlate somewhat with actual achievement. It’s like measuring someone’s height and saying, ‘Are they going to be a good basketball player?’” he said. “On average, taller people are better basketball players. But it’s an average, and it’s a pretty indirect measure.”

As he points out, creativity isn’t the result of just one thing. There isn’t a box in the brain that can be observed and measured. Creativity in my experience is an inter-play of a whole bunch of things, and not always the same things. I get very nervous when people suggest there’s a 5 step process to being creative, or that all you have to do is give yourself a wedgy as you walk into a meeting and creativity will somehow magically manifest itself.

My own opinion is that creativity is like any set of muscles. They’ve got to be used, trained and developed. The more you use your creativity muscles, the more chance you’ve got that they’ll perform when you need them to.

For Marcus, one important piece of creativity is rule breaking:

Marcus emphasized that mastering conventions of a field (and when to break them) is a key component of art making. But “part of creativity,” he said, “is just the guts to break the rules.” He wants creative scientists working in his own lab, of course. “The thing I care about the most is: are they troubleshooters, problem solvers? In the real world of science, nothing ever goes as planned, and you want people who sit there and try to fix it,” he said. This is true in aspects of art making as well, he points out. “You try out a chord structure and it doesn’t work. Either you sit there and look at it, or you say ‘How can I make this better?’” he said.